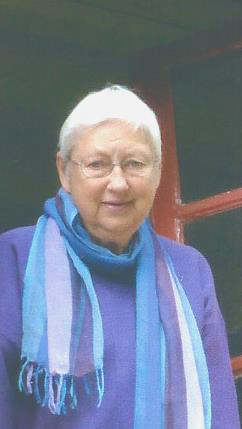 Pierrette Gauthier Walsh, passed away suddenly on Saturday, August 8th. She was born on September 1, 1935 in Montreal, Canada. After obtaining her nursing degree in New Brunswick, Canada, she emigrated to California to take a job as a surgical nurse at Stanford Hospital. She was on the team of heart transplant pioneer Norman Shumway. She met her husband to be, Ray, in Palo Alto. When Ray asked her to marry him it took her two weeks to reply, and her answer was “we can give it a try”. What followed was a 55 year trial marriage.

After Ray’s stint in graduate school at UC Davis, they moved to Delaware where Ray joined the DuPont Company. In the following years they made several moves along the East coast. They returned to Delaware in 1979, and spent 40 years in north Wilmington. During her time in Delaware, Pierrette worked in several nursing positions. She took classes at the Osher Academy of Lifelong Learning for 20 years and was an active member of the French speaking group. She and Ray moved to Maris grove in 2018, where she made many friends. She was a devoted wife, mother, grand-mother and friend. Nothing gave her more joy than being with her family.

A memorial service will be held at a later date.