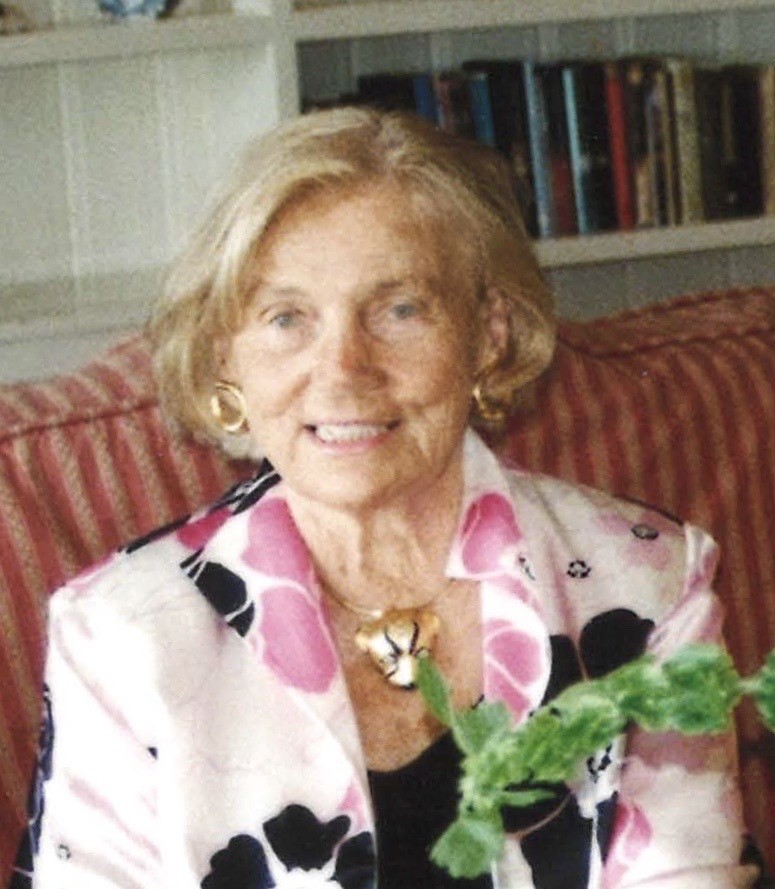 Doris Porter Ahlstrom, née Doris Sorrel Giles, age 100, passed away on July 31, 2020, at her home in Wilmington, DE. She was born on May 26, 1920, in Claymont, DE, the daughter of the late George Harley Giles and Laura Sorrel Giles. She graduated from Claymont High School and attended William and Mary for her freshman year of college. Homesick, she transferred to Arcadia University, a school closer to her hometown, and earned a Bachelor of Arts degree in Business Administration. For several years she worked at the Wilmington Trust Company, where through business, she met Austin M. Porter Jr., the president of the Porter Motor Company. She married Austin in 1944 and they had three sons, Mac, David and Paul. Tragically, Austin was killed in an automobile accident in 1952.

In June 1972 she married John D. Ahlstrom. John was an avid golfer and with his encouragement Doris took up the game with great enthusiasm. A longtime member of the Wilmington Country Club, she eventually joined the 9-Hole lady’s golf group and formed friendships there that she cherished through the remainder of her life. As of her 100th birthday in May, all four members of her original foursome were still alive and at least 100 years of age.

Doris and John traveled extensively but most of their vacation time was spent at John’s ancestral home on Cape Cod in Brewster, MA. John’s keen interest in his family’s heritage influenced Doris. She was a member of the Brewster Historical Society and the Brewster Conservation Trust. She also developed an interest in her French heritage and enjoyed researching the genealogy of the Sorrel family that emigrated from France in the mid 1700’s, eventually settling in Louisiana and Georgia.

Doris found great fulfillment in her family and friends and enjoyed family gatherings on Cape Cod and reuniting with friends while vacationing in the winter. Her love for laughter was a perfect complement to John’s uncanny ability to find the humorous aspects in almost everything. Doris had great style and warmth and will be remembered for her devotion to her friends, her die-hard loyalty to her beloved Phillies and Eagles, her quiet thoughtfulness and generous spirit. Above all she will be remembered for the strength and resilience she displayed while raising three boys as a single mother.

She is survived by her loving sons, Austin M. Porter III (Mac) of Melbourne, Australia, David G. Porter and his wife Carol of Richmond, VA, Paul G. Porter and his wife Janet of Hollywood, FL, Mac’s two children Alexandra and Isabelle, two stepdaughters, Deborah D. Ahlstrom of Windsor, CT and her two daughters Louise and Meg, and Susan C. Ahlstrom of Chadds Ford, PA and her son Michael. Doris was pre-deceased by her dear daughter-in-law, Mac’s wife, Martine, in 2019.

After 42 years of marriage John passed away in August of 2014. Doris and John will be buried in John’s family graveyard on Cape Cod. The service and burial will be private.

The family is very grateful for the loving support from Terry Simpson, the long-term aide to both John and Doris, as well as the assistance from other aides associated with B. K. Temp Nursing Services.

In lieu of flowers the family requests donations be made, in memory of Martine Porter, to Avner Pancreatic Cancer Foundation at https://apcinmemory.gofundraise.com.au or to any medical institution that supports research toward a cure for pancreatic cancer. To send condolences visit: www.mccreryandharra.com.