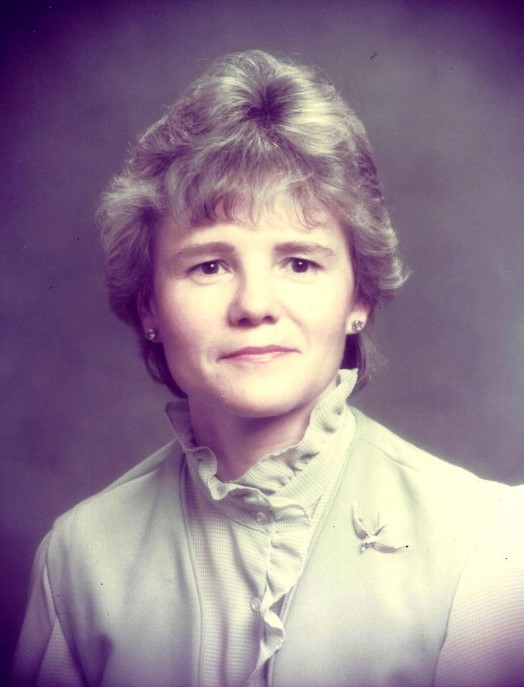 Karla Struck Tobar of Wilmington, Delaware passed away peacefully on July 11, 2020 at the age of 81 from complications of Parkinson’s Disease.

Karla was born on November 5, 1938 in Milwaukee, Wisconsin to Clarence Frederick Struck and Helen Bremer Struck.She was raised in Thiensville, Wisconsin where she spent her childhood in the company of her younger brother “Corky,” whom she both adored and tormented. She was a creative and fun-loving child who enjoyed art, ice skating, field hockey, the theater and summers spent with beloved relatives in Two Rivers.After graduating from the University School of Milwaukee in 1956, Karla attended the University of Wisconsin, transferring her sophomore year to Lawrence University in Appleton, Wisconsin.While there, she became a proud member of the Kappa Alpha Theta sorority and earned a bachelor’s degree in Art and French.

Throughout her extroverted life, Karla possessed a brave sense of adventure and a compelling desire to experience the different cultures and sights of the world.Following college graduation, she accepted a job offer from the Anaconda Copper Company to work as a kindergarten teacher for expat children in the high altitude Atacama desert of Chile.Moving to the driest place on earth, 5,000 miles from home, was a bold choice for a 21-year old woman in 1960.On her second day in Chile, she met the man who would become the love of her life, Ramón Ulloa Tobar.Although at the time Karla spoke very little Spanish and Ramón very little English (Karla might say he still speaks very little English), they married within the year and subsequently enjoyed nearly 60 happy years of romance and shared adventure.

Upon moving back to the U.S. to pursue Ramón’s graduate education, Karla lived briefly in Ann Arbor, Michigan before settling permanently in Wilmington to start her family.While raising two sons, Karla stayed active in the community through her involvement in the Delaware Area Alumnae Chapter of Kappa Alpha Theta and the Junior League of Wilmington, serving on various committees in both organizations.Karla also volunteered her time to raise funds in support of the Cystic Fibrosis Foundation.

In 1976, Karla’s “wanderlust” inspired her to once again pursue her passion to see the world by becoming a travel agent. Over the next 30 years, she successfully organized and led hundreds of group trips across the globe, often accompanied by family and great friends.She visited over 100 countries (many on several occasions), stepped foot on 6 continents (sailing within just a few miles of the 7th continent - Antarctica), and visited 6 of the “7 wonders of the modern world.” By bus, boat, train, and plane, Karla followed her calling to explore the world, delighted in her discoveries and in the convivial company of others.

Karla had a clever sense of humor, was quick to laugh and brought a unique flavor of fun to a party or a prank. She embodied the spirit of the Frank Sinatra song, “I’m Gonna Live Till I Die” and truly packed as much into her life as possible - always initiating activity or working on a new project.If anyone slowed her down, she encouraged them to “make it snappy, chappy!“She was a wonderful chef and wrote her own cookbook for the continued enjoyment of her family and friends.She loved to needlepoint and sew, and in her younger years made many of her own clothes with an eye for the latest fashion.Karla enjoyed spending weekends sailing on the Chesapeake Bay and later entertaining at her second home in Rock Hall, Maryland where she was known to throw creative parties involving chili cook-offs and scavenger hunts.

Known to her family as “Oma,” Karla’s kindness and positive energy made her a shining light.She was a loving and devoted wife, mother, and grandmother, and in turn was adored by her family.She leaves behind her husband of 59 years, Ramón, and is survived by her sons and daughters-in-law, Peter Luis (Lee Clements), and Richard Ulloa (Anne Gallagher), five grandchildren, Caro, Laura, Philip, Rex, and Berkeley, as well as her brother and sister-in-law Charles “Corky” Struck (Barbara Dahl).

The family would like to extend a heartfelt thank you to all the wonderful staff and caregivers at Country House who with loving care supported Karla in her courageous battle against the medical challenges she faced in recent years. In particular, a special thanks to Kellie Murphy, Wandaliz Natal, Solisha Clay, Gladys Cook and ACTS Hospice Caregivers.

A celebration of Karla’s life will be held at a later date when the world returns to some degree of post-pandemic normalcy.In the meantime, the family requests that friends of Karla pour themselves a nice glass of wine, remember their favorite “Karla story,” and say a little prayer as we wish her “bon voyage” on her final journey.

The family suggests donations of sympathy be made in Karla’s name to Country House Residents’ Fund for Employee Appreciation or a Parkinson’s Disease charity of their preference.