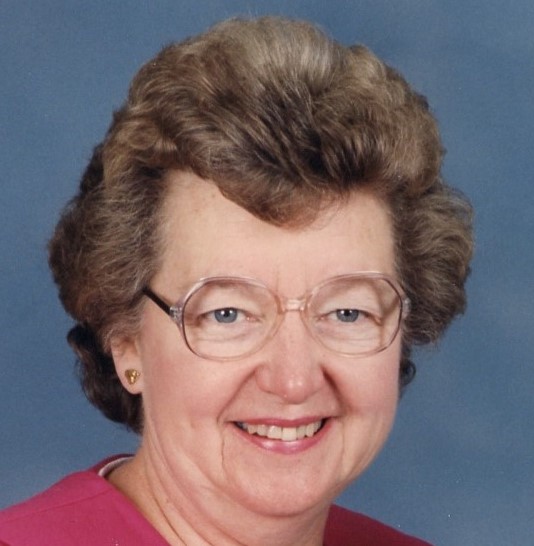 Mildred Ann Lambert, age 88 of Wilmington, Delaware, passed from this life into the joy of her Savior, Jesus Christ, on Monday, July 6, 2020, with her family encouraging her with Psalms, hymns and spiritual songs. Ann was born on July 2, 1932 to the late Roy G and Mildred (Thompson) Lynam in Wilmington, Delaware. For nearly 70 years, she was married to Theodore Lambert Jr, who predeceased her on April 6, 2020.

In 1950, Ann was a member of the first graduating class of Mount Pleasant High School in Wilmington, Delaware. Later that year, Ann and Ted were married. At that time she worked as a clerk for Wilmington Trust Company.

Ann was a loving daughter, sister, wife, mother, grandmother and great grandmother. She and Ted raised three children in their north Wilmington home, and she seemed to be totally fulfilled as a homemaker. She enjoyed providing a welcoming place for family and friends.

Ann had been born into a family who loved music, and she and Ted passed that enjoyment on to their children. Ann enjoyed singing in the Church choir at the Christian & Missionary Alliance Church in Wilmington, where she and Ted had been members for many years.

It was evident to everyone that Ann loved children, especially babies and preschoolers. There was always room in her heart and home for extra kids. These often included nearby nephews, Paul and Dale, and Steven, a young neighbor boy, who still refers to her as “Mom”. Ann also enjoyed being a Sunday school teacher at both the C&MA Church and Bethel Baptist Church where she and Ted were faithful members. In later years, she worked as a teacher of 3 year olds at St. David’s Day School in Wilmington. There was always a basket of toys in a corner of her living room for the enjoyment of any grandchildren, and later great grandchildren who might stop by. Her young grandchildren called her Mom-mom Kitty, because there was always a pet cat in her home. Even when dementia was taking her away from fully enjoying the visits of others, a young child could often get a response.

Ann acquired a love for baseball from her Father. In fact, her Dad had invited one young man from his Sunday School class to go to a Phillies game with he and his daughter. That young man is the man that she later married. Both Ann and Ted enjoyed watching not only the Phillies, but also their son, and later grandsons, play the game.

At her passing, Ann had been under the care of Forwood Manor for about two and a half years, along with Compassionate Care Hospice. The family greatly appreciates the kindness shown to Ann through the staff of both organizations.

Due to the size of her family, and COVID-19 restrictions, a celebration of Ann’s life will be held privately. A live webcast of the funeral service will be available for extended family and friends through the link provided below by McCrery & Harra Funeral Home. The link to the live-stream will remain active for 45 days. The service will be held on Friday, July 10 at 2:00 PM. Interment will be at Chester Bethel Cemetery where she will be laid to rest beside her husband Ted.

In lieu of flowers, memorial contributions in Ann’s name may be made to Bethel Baptist Church, 1217 Wilson Rd, Wilmington, DE 19803.