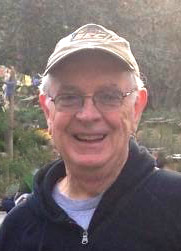 On Friday morning, June 26, 2020, Robert Vernon Heverley, Jr., passed away at the age of 77. Bob was born in DuBois, Pennsylvania. He earned his Bachelor of Science degree in Economics from Gannon University in Erie, Pennsylvania, where he was a letter winner on the baseball team from 1963-65. Following graduation, Bob served in the US Army for two years, including 11 months and 23 days spent as an infantryman during the Vietnam War. Bob received an honorable discharge in 1967. Returning stateside, he accepted a sales job with Leeming Paquin, a division of Pfizer, and relocated to Boston, Massachusetts. He met his wife, Kathleen O’Gorek, while she was earning her Masters in Nursing from Boston University.

As the oldest of five boys, Bob took over operations then ownership of his father’s clothing stores in West Virginia. He and Kathy eventually settled in Fairmont, West Virginia, for 18 years, raising two children, Rob and Allyson, before moving to Malvern, Pennsylvania, where they resided for nine years. They have spent the past 22 years in Wilmington, Delaware. Bob was unfortunately diagnosed with Alzheimer’s in 2016 and had been a resident at Rockland Place for the past 13 months.

Bob loved spending time with his two grandchildren, especially during trips to Disney World and Christmas holidays. He enjoyed celebrating their academic achievements and their accomplishments in ballet and soccer. As a parishioner of the Church of the Holy Child, Bob helped with the Sunday collection and was a member of the Knights of Columbus. Bob enjoyed daily walks with his dogs, fishing, and watching the Pittsburgh Steelers, Penguins, and Pirates. A die-hard Steelers fan, he would often call his childhood best friend during a Steelers game to discuss what was wrong with the Steelers.

A private Mass of Christian Burial will be celebrated at the Church of the Holy Child, Wilmington.

In lieu of flowers, donations can be made in Bob’s memory online at patsummitt.org or by mail at The Pat Summitt Foundation, 520 W. Summit Hill Drive, Suite 1101, Knoxville, TN 37902. The Pat Summitt Foundation gives grants to nonprofits which provide support services to Alzheimer’s patients, their families and their caregivers. The Foundation also gives money to nonprofits which research to treat, prevent, cure and ultimately eradicate this horrific disease.