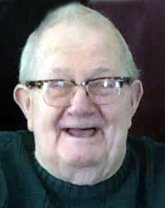 He worked many small jobs such as delivering bread, milk, and ice cream to be able to purchase his first car, a 1950 Oldsmobile with 17, $100 bills. Though he claimed he only had two real jobs his whole life, he served in the Army during the Korean War. After discharge, he came to Penns Grove, NJ where he started his 35+ year career with DuPont Chambers Works. It was there that he met his future wife, Joanne Nicolini.

Bob and Joanne were together for almost 60 years prior to her passing in 2018. Together they were successful in many ventures such as Dreibelbis Antiques, Appliance Parts Company, Amway, and most spectacular, R & R Dipping Company. With his partner, Bob Paris and eventually his Son, Robert Jr., Bob D stripped and refinished furniture and other items for almost 50 years. All of his children have furniture that he refinished to remember him by. After retirement from DuPont in 1992, Bob D spent his time working the Dipping business, picking up his grandchildren after school and entertaining them for several hours, and at his beach house.

Bob spent his later years in Newark Delaware enjoying Lionel trains, traveling with his Brother, bingo with this Daughter and Granddaughters, and family gatherings such as Father’s Day brunches, family dinners, and his 87th Birthday Party. He always looked forward to Wednesdays when Meloni would come to see him and assist him at home. There are not enough words or time to detail the impact that such as great man had on the lives of each individual he met. Even in his final days, the hospital staff all expressed their love for him. He was truly a person that everyone fell in love with immediately.

Bob was blessed with three children who survive him, Joan Fultz (Jim), Sharon Savina, and Robert Jr., 7 grandchildren, Andrew Rapposelli, Sharon Rapposelli (John Kozloski, III), Stacey McMinn (Brian), Alex Savina, Alexis Shields, Maddie Perez, and Jimmy Fultz and 2.5 great grandchildren Santino Pullella, JJ (John Joseph) Kozloski, IV, and a new baby due in November 2020, Brother, Ronald I. Dreibelbis, Sister, Mary Ann Leisey, and nieces and nephews, great, and great great nieces and nephews who all loved Uncle Bob. He is also survived by his dipping assistant, side kick, his rodie, and his Son at heart Joey. Joey wants to change his name to Dreibelbis to honor Pop. He was predeceased by his parents, Martha and Robert Dreibelbis, his wife, Joanne, and two nephews.

In Lieu of flowers, donations can be sent to Padua Academy (where all of his daughters and granddaughters graduated) at 905 N. Broom Street, Wilmington, DE 19806 or a charity of your choice.

A viewing will be held at the McCrery and Harra Funeral Home, 3710 Kirkwood Highway, Wilmington, DE from 10:00 AM until Noon on Wednesday July 8, 2020. A Funeral Service will begin at noon. Burial will take place the next day at the Veterans Memorial Cemetery in Bear, DE at 10:00 AM.