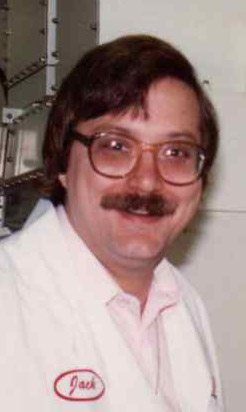 Wilmington - Christopher John (Jack) Janes, passed away at home on June 7, 2020, surrounded by his loving family following a brief illness with cancer. He was 68. Jack was born in Wilmington, the fifth of six children born to John Christopher Janes and Margaret Estelle Theisen Janes. He graduated from Salesianum School in 1970 and from the University of Delaware with a BS degree in chemistry in 1974.

After graduation, Jack worked as a medical technologist for the Children’s Hospital of Philadelphia, Path Labs in New Hampshire, and the Wilmington Medical Center. Later he began his career as a chemist with the DuPont Co. Briefly, he worked for Dade International Inc. and even formed his own consulting company, Manufacturing Technical Services. He joined DuPont Qualicon in 1997 and retired in 2013 as a Senior Development Chemist.

Jack had four great loves: first, his family; his wife, Diane and three daughters, Jessica, Jennifer, and Jaclyn, two grandsons, Charles Christopher and Jesse Rourke; second, his White Mountains, New Hampshire “white house” where he spent his vacations and then his summers after retiring; third his guitars and guitar music; and fourth, working on SAABs with his friend, Bill, at Sports Car Service. Jack collected 60s children’s shows memorabilia, White Mountains of New Hampshire history, toys he remembered from his childhood, including an elaborate train set-up that he delighted in showing his oldest grandson how to operate. Jack made and had the best of friends. He delighted in teaching Jaclyn and his great nephew, Jack, how to play guitar. The three of them, along with his brother Buck, would sit around the fire pit in New Hampshire and play the 60s folk songs so all the family could sing along.

Jack was predeceased by his father, Johnny, his mother, Peg, his sister, Chris and brother-in-law, Dick Lunt. He is survived by his wife of 35 years, Diane, daughters, Jessica (Charles), Jennifer, Jaclyn, grandsons, Charles and Jesse , sisters, Suzanne Peck (Paul), Peg, brothers, Buck (Debby), Joe and many beloved nieces and nephews.

The family would like to extend its sincere appreciation to the nurses at Delaware hospice for the gentle care they gave to Jack the last month of his life and his nighttime nurse, Virginia.

Services and burial were held privately.

In lieu of flowers, the family suggests donations be made to Brandywine Summit Camp Meeting, www.brandywinesummit.net or to 2 Fish Home Renovations, www.2fishrenovations.com.