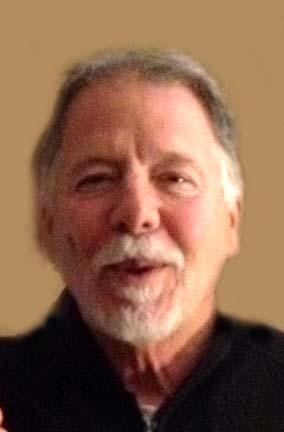 “Your eyes are the color of coriander; by candlelight your summer legs are cinnamon.”

(Newark, DE)- All his life, Bill liked to learn new things; he experimented with ways to solve problems; he repaired broken guitars. He had a designer’s eye, and could criticize a house with windows set askew, but in contrast he had a warm heart and accepted without criticism those he met, always interested in what they had to say. His last Christmas wish list was simple: a copy of each giver’s own favorite book. He wanted to understand people better through what they loved, and he himself read all kinds of books, riding his bike to the library at least once a week. Bill was a great appreciator of homemade pies; he enjoyed seeing his stepson acting onstage; he liked beaches in winter; he liked sitting with coffee and a book in the garden watching birds; he picked out tunes on a guitar every day; he listened to blues hour on the radio; he loved singing all the carols after dinner on Christmas Eve.

In his twenties and thirties Bill raced dirt bikes, and he always enjoyed the open road; he’d take off by himself in his rusty old Isuzu Trooper, with cheese, fruit and crackers, camera, toothbrush and sleeping bag, happily not knowing where he was heading or if he’d make it home that night. He loved being out on the water, and once crossed the Atlantic by ship. He had a Crotch Island Pinky sailboat in the garage he worked on for more than 25 years, and two canoes, one for tidal water, and one for lakes.

Bill’s favorite places were coastal towns, back roads and waterways of Delaware, Pennsylvania, and Maryland, and though he hated airports he liked seeing new parts of the world; in 2005 he drove up through the Rockies from Sedona to Yellowstone to show his mother-in-law America. He got married in the Virgin Islands, he visited in-laws in Ireland and the U.K., and he and his wife Maggie celebrated their 20th wedding anniversary five years ago by traveling overnight by train to Florida for a wonderful week exploring St. Augustine without a car. For many summers, Bill and his wife shared a week’s rental on a house on Chincoteague Island with their youngest child and his friends, taking along air mattresses, bandaids, bikes and canoes. Bill enjoyed all the family events he attended, and took great care choosing thoughtful gifts and writing cards. He was happy to see his brother John and sister-in-law Barbara retire to Lewes, a favorite town, and for decades Bill had also been a welcome visitor at the South Bethany cottage of his good friends, Don and Carol.

Bill Holt, who loved being an uncle and father and stepdad, is survived by his wife Margaret Rowe, son Michael Holt, and stepchildren Louisa Herron of Newark, DE and Matthew Herron (Jennifer) of Marlton, NJ; brother John Holt (Barbara) of Lewes, DE, nieces Sandra Cattafesta (Mark), Patricia Holt Chiles (Christian) and Page Holt (James Short), and their children, Alexander and Emily Cattafesta, Noah, Chloe and Cooper Chiles, and Casey and Connor Bell; father- and mother-in-law John and Marion Rowe, seven brothers- and sisters-in-law and their families in Ireland and the U.K.; nephews- and niece-in-friendship Dan and David Hasson (Courtney) and Diana Rager (Jason); and many good friends, especially co-workers in DuPont’s research division.

A memorial service with a bench dedication will be held at a later date.

In lieu of flowers, please plant some sweet williams, or bake a sour cherry pie, or eat a perfect lemon water ice, or raise a glass of dark beer. Donations can be made in Bill’s name to the Food Bank of Delaware, which he supported (https://www.fbd.org/onlinedonations/), or to the Delaware Center for the Inland Bays, where he loved to canoe (https://www.inlandbays.org/donate