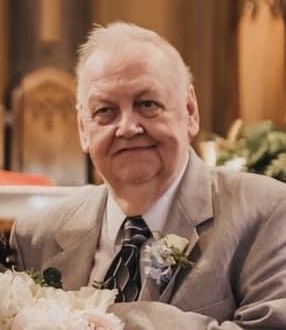 Wilmington-Richard Simpson, age 72, passed away peacefully on Saturday, May 23, 2020. He was born in Dundee, Scotland and was son of the late Edwin and Jane Simpson. Richard proudly service his country in the Royal Observer Corps, a governmental civil defense organization.

He came to the United States in the mid 80’s while still under the employment of Great Britain where he met his future wife, Judith Sophy. They then returned to Great Britain until he retired from government work in the mid 90’s. Richard and Judith then returned to the United States. He then worked for various insurance companies as an agent until 2006 where he had to retire because of a debilitating illness he acquired. Richard enjoyed reading and being a collector, mostly coins and stamps.

His wife Judith of 17 years, passed in 2004. Richard is survived by his 3 children, Andrew, Philip and Sarah Howell (Scott); 3 siblings, Jane Laing, David (Jennifer) and Diane Kerr (George) and 4 sisters-in-law, Elizabeth O’Malley, Madelon Sophy, Mary Lang and Catherine Chisholm (Arthur) and many nieces and nephews. In lieu of flowers the family suggests donations be made to Autism Delaware, 924 Old Harmony Road, Suite 201, Newark, DE 19713 or https://www.delautism.org/change-the-world/donate/

Burial will be held privately due to the Coronavirus.